Experts have highlighted several concerns in the draft of the Digital Personal Data Protection (DPDP) Bill, 2022, but one major problem lies outside of it – in the consultation process. Along with the bill, the Ministry of Electronics and Information Technology (MeitY) published a notice inviting feedback from the public. It says that the public feedback that the ministry receives will not be disclosed to the public. The ministry says this is being done to “enable persons submitting feedback to provide the same freely. No public disclosure of the submissions will be made”.

But why should public feedback be disclosed?

Disclosing public feedback not only ensures transparency from the government’s end but also helps in holding them accountable for the laws and rules they bring in. One can gauge whether the general public or the stakeholders are in favour of or against a law or a set of rules (or certain provisions within them) by looking at the feedback. Medianama spoke to experts from different fields to understand why disclosing public feedback is important.

FREE READ of the day by MediaNama: Click here to sign-up for our free-read of the day newsletter delivered daily before 9 AM in your inbox.

Why it matters: Even though this is the fourth iteration of the bill, experts continue to flag concerns, like:

These are just some of the 12 concerns that Medianama has highlighted in its piece. Now, disclosing public feedback will help in understanding if the general public and stakeholders are satisfied with these provisions of the DPDP Bill or not. It will also help in understanding if the government is actually listening to the people (who have actually voted them to power) by comparing the draft bill with the feedback sent by the people. Such information is also an important source of reporting for journalists and it helps in getting deeper insights into the government’s discussions and its reasonings. For instance, an RTI filed by a journalist at Entrackr revealed over 500-pages of comments received on a consultation paper regarding the Telecom Bill. Such documents can help the reader understand the demands of different stakeholders and if they were taken into account while framing the bill.

Even the public feedback received on the draft telecommunication bill has not been made public yet, and Medianama has filed an RTI asking for the same.

Is it mandatory to disclose public feedback on draft bills?

In India, the current guiding framework on public consultation is the Pre-Legislative Consultation Policy (PLCP) of 2014, said Arun PS, a policy researcher. However, this is not a law, he added. “If an Act is not implemented, you can approach the court, this (policy) is not really enforceable, which comes into the executive purview”.

According to the PLCP, public comments received on the draft bills should be disclosed to the public.

“The summary of feedback/comments received from the public/other stakeholders should also be placed on the website of the Department/Ministry concerned”. – PLCP, 2014

However, the practice of not disclosing public feedback is common with other bills too and is not just limited to the DPDP Bill. “There have been over 200 consultations since the 2014 PLCP policy and I can say no more than 5 instances have been there where the department has uploaded feedback,” Arun said.

He tracks these bills on his website (which you can visit here) to see if the relevant ministries/departments are following the process outlined by the PLCP. It was last updated on November 2, 2021. All this data is sourced from multiple publicly available sources.

So, despite the PLCP stating that the government should disclose public feedback, this is not being done. And this time, the MeitY has gone a step further to clearly state that such feedback will “not be disclosed”.

What else does the PLCP say?

The Pre-Legislative Consultation Policy was formulated in 2014 taking into consideration the recommendations of the National Advisory Council, the National Commission to Review the Working of the Constitution and the practices followed by other countries.

Why PLCP is important:

“While following this (PLCP) process, the government sets out clearly the policy problem that is to be addressed through the provision of supportive evidence and analysis, the options that it has considered and the reasons for the choices the government has made in bringing forward the legislation. The process also involves the study of social and financial costs, benefits and the key challenges required to be settled before undertaking the legislation. Looking into all these aspects facilitate formation of perfect policy objectives which a Bill intents to achieve and improve the efficacy of any act in its implementation,” a document issued by the Department of Law and Justice Legislative Department reads.

Here are some other provisions of the policy that the government followed:

Some provisions for MeitY to follow when moving forward with the draft bill:

Constant problems with the consultation process

“Since it is beyond the scope of this judgment to deal with subordinate legislation generally, and in particular with statutes which provide for rule making and regulation making without any added requirement of transparency, we would exhort Parliament to take up this issue and frame a legislation along the lines of the U.S. Administrative Procedure” Cellular Operators Association vs Union of India judgement

This post is released under a CC-BY-SA 4.0 license. Please feel free to republish on your site, with attribution and a link. Adaptation and rewriting, though allowed, should be true to the original.

Wed Nov 30 , 2022
The U.S. Supreme Courtroom was after again faced with a continuing dilemma on Tuesday: How much discretion does an administration have in implementing the nation’s immigration rules when pretty much absolutely everyone agrees that there merely aren’t adequate methods to deport even a significant portion of the 11 million unauthorized […] 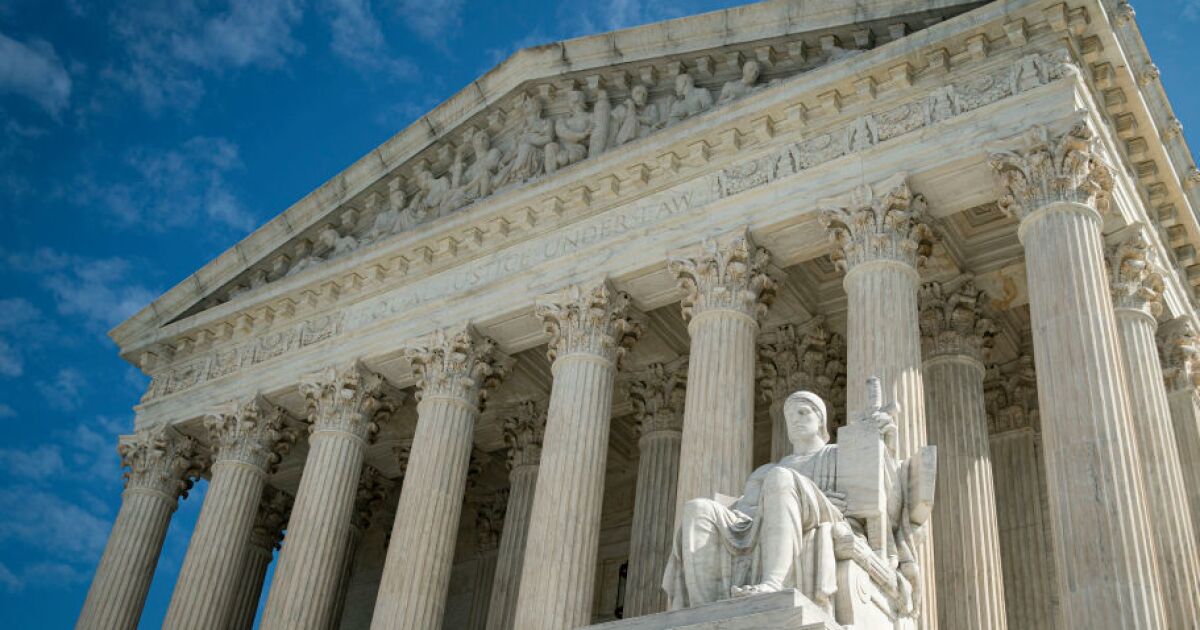